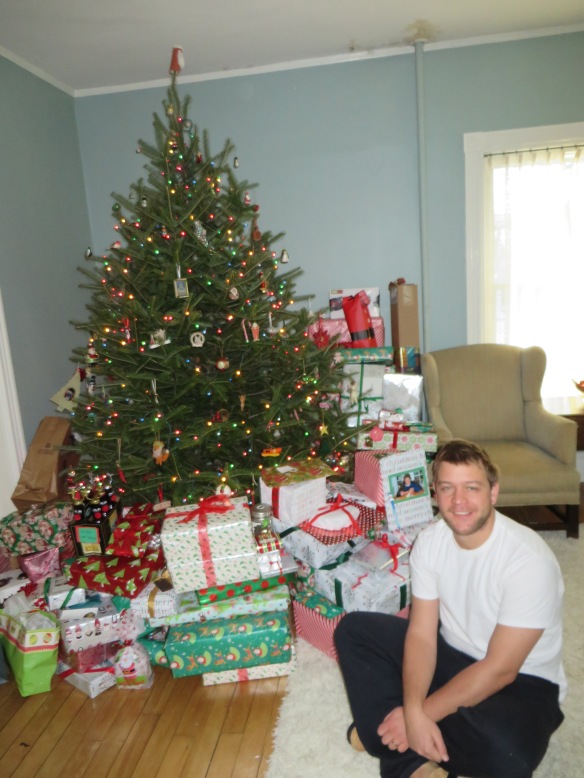 The first weeks in December were filled with lots of fun Christmas decorating and gift preparations. We had a great time celebrating our friend Blake’s birthday at a Great Gatsby themed soiree and were able to make it out Santa Monica to visit our friend from UPS, Gaelen. We also finally got out to hike in Runyon Canyon and I had another girls night with the ladies. The weekend before we left for Maine my parents treated us to a play at A Noise Within theater. We saw their rendition of a Christmas Carol and loved it! The day before we flew out we did “Christmas” with my family- preparing a plethora of our favorite foods, opening some gifts and watching some classic Christmas films. 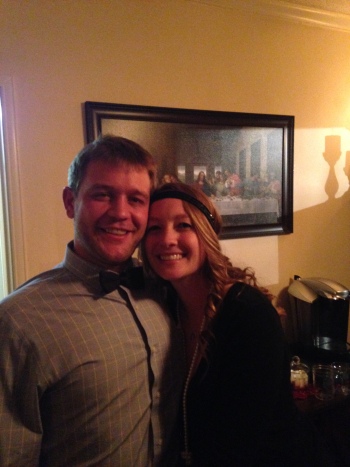 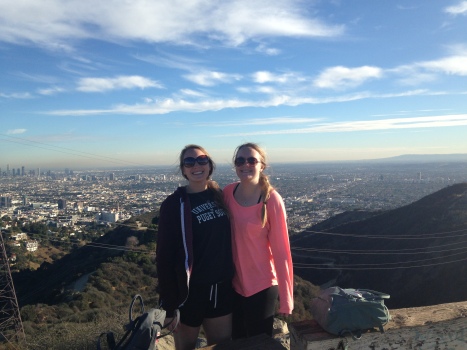 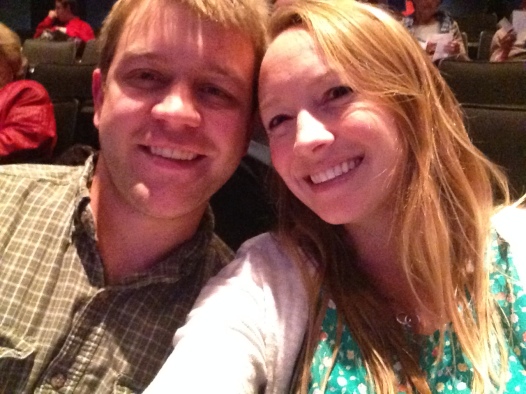 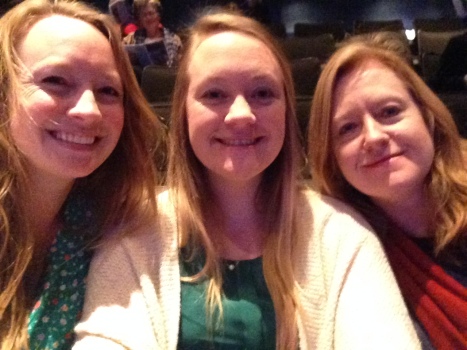 We landed in Maine about a week before Christmas Day and attempted to adjust to the drastic change in temperature from CA to ME: 81° to 7°!!! It was a bit of a shock to our weakened California blood, but we soon came around. 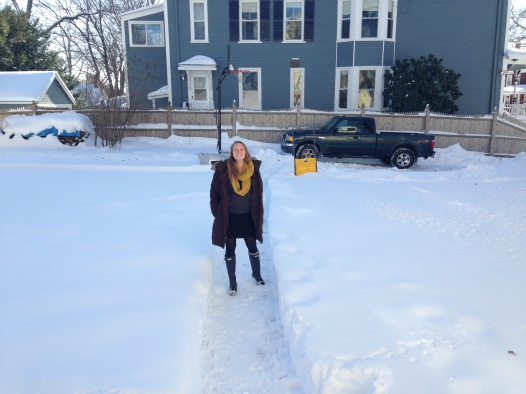 We have been able to catch up with a lot of our east coast friends in town for the holidays- watching Sunday football, celebrating Amy’s 30th at Novare Res and hitting up a few of the different Portland bars including a one that was hosting a Stevie Wonder tribute night. I also was able to spend a day in Boston with my friend Becky. It was so good to catch up after WAY TOO long. She indulged my desire to head into our old neighborhood, Brookline, so I could eat at Dorado- my favorite Boston eatery.

In addition to time with friends we’ve been able to spend a lot of quality time with the Chebuske/Hewey clan. On Christmas Eve we had a delectable fondue dinner at the Hewey’s house, which was followed by some lovely Christmas carols. Dave, Jack and I went to Christmas Eve service at the nearby church later that night and it was a beautiful way to ring in the holiday.

The next morning we arose early to open stockings and squeeze oranges for fresh juice (one of the many fun Christmas traditions around the Chebuske home). The rest of the family came over and we had a great day opening generous gifts, playing games, eating TONS of delicious food and relaxing. It was my first Christmas in Portland and I had a great time! 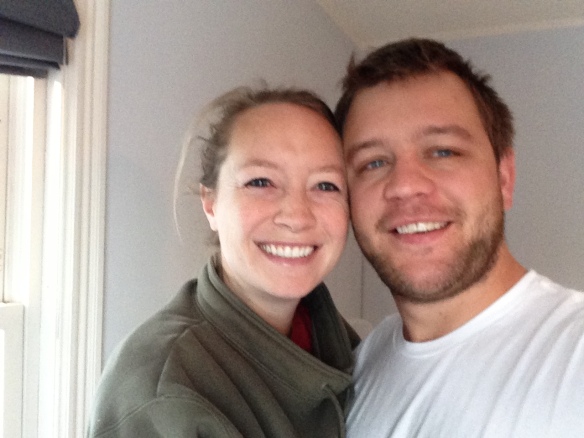 We still have a week left in Maine before we head back to California. We are excited to celebrate New Years tonight with family and friends at a couple different locations and then kick back tomorrow and watch the Rose Parade and game on TV. It’s been the absolute best year and I’ll be a little sad to say goodbye to 2013, but we both are incredibly excited about the future (which will hopefully include some fantastic new jobs).  Looking forward to catching up with you in 2014!!! Merry Christmas and Happy New Year to all!

We’ve been back in “real world mode” for a few weeks now and most of our time has been spent job hunting, trying not to spend money and lounging around with the family. The silver lining to being (f)unemployed is that you have lots of time to do all the things you wish you were doing when you’re working. We’ve been trying to explore some of the cheap/cost-free options in and around LA and our wonderful family has treated us to a few things along the way as well.

The last stop of our mini-moon was at the Hangar 24 and when we told my dad about it he mentioned that a new brewery had opened up in Monrovia called Pacific Plate Brewery. The weekend after our return the whole family piled into the car and drove down to split a couple a samplers. The brewery is small, but the beer was delicious! Later that week we met up with my old friends Jessie and Travis at another local brewery called Eagle Rock Brewery. They were having their 4 year anniversary party the night we met up and were offering special flights of their Solidarity beer and passing out delicious chocolate cake. We had a great time catching up and laughing about old times while downing some more delicious beer.

In our efforts to save our dough (and work off that beer) we’ve been taking advantage of the ridiculously warm So Cal weather by doing a lot of hiking and getting out to the local ball fields to throw and hit the softball around. Last weekend Dave and I hiked up into Bailey Canyon and got some amazing views of the south land. It had rained a little bit the day before and we could see for miles- all the way out to the ocean. 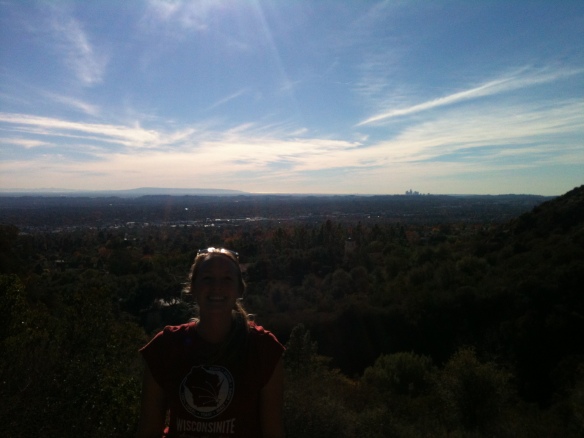 In November Dave and I celebrated our 7 year anniversary by partaking in happy hour at DogHaus in Pasadena. We also celebrated my dad’s birthday with a family trip to Huntington Gardens and a sushi dinner at Kabuki in Hastings. 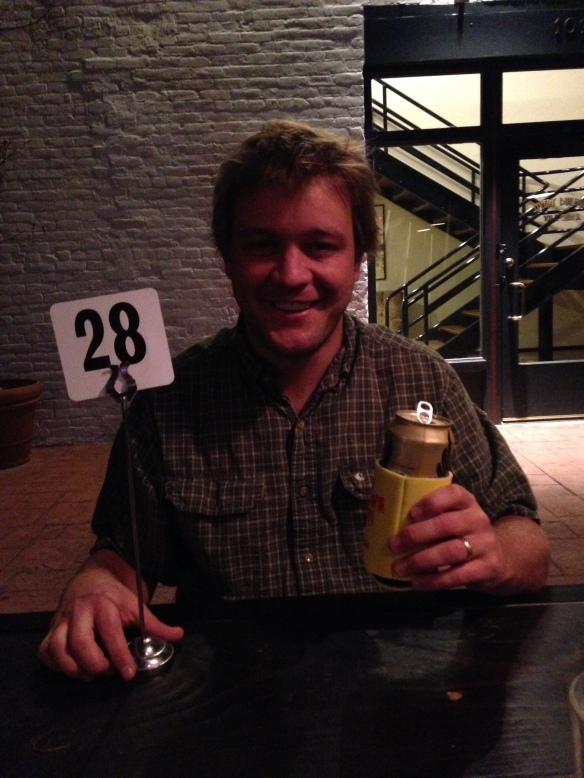 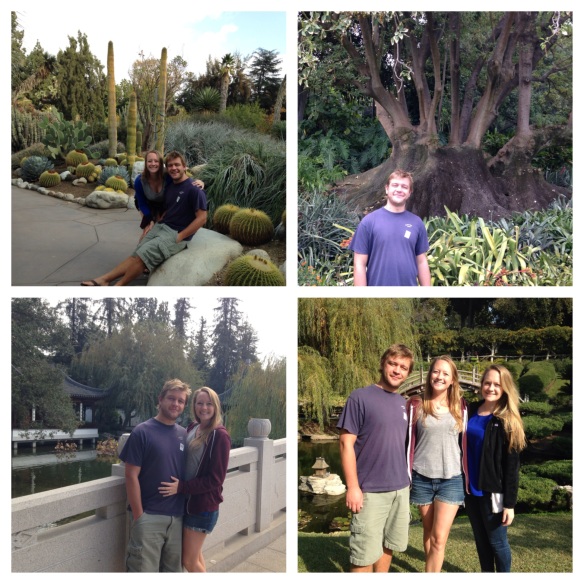 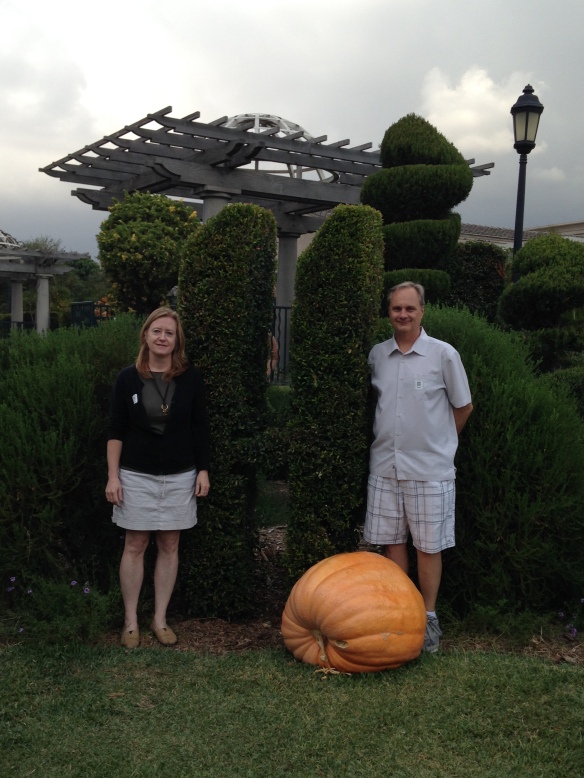 Later in the month we headed into downtown LA to check out the LA Auto Show. I don’t know much about cars, but it was really fun to check out some of the fancy models and pretend to drive a Porsche around. After the Auto Show we took Dave to eat at the Pantry, a famous LA establishment that’s been open continuously since 1924. 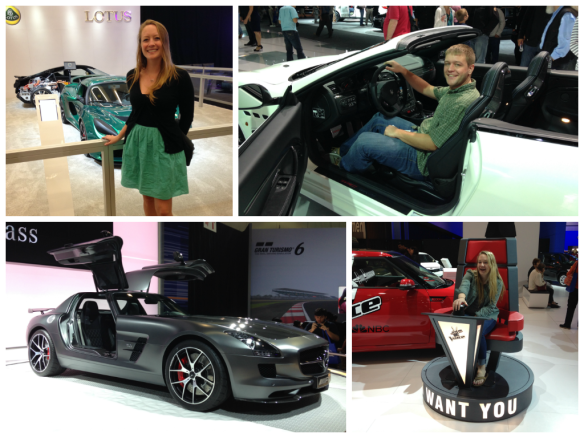 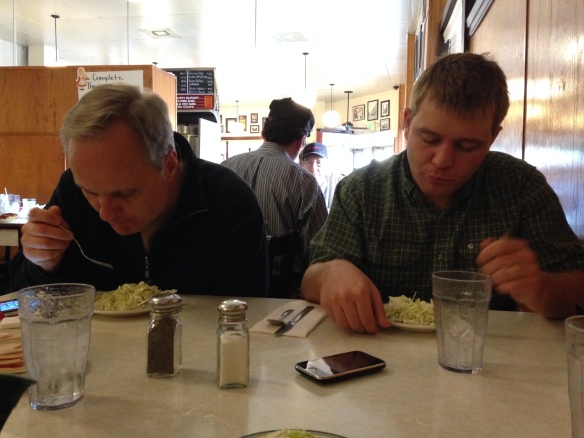 We had a great time celebrating Thanksgiving with two massive feasts. On the actual day we drove down to my uncle and aunt’s house in Temecula. They prepared a great dinner and we had fun visiting with them and my cousins, Emilie and Leah. The next day we whipped up the whole meal all over again. Dave and I hadn’t been in the States for Thanksgiving in three years and were keen to do all our favorites and have leftovers galore. We cooked all day and then shared a second amazing feast that Friday. It definitely beat battling Black Friday shoppers. 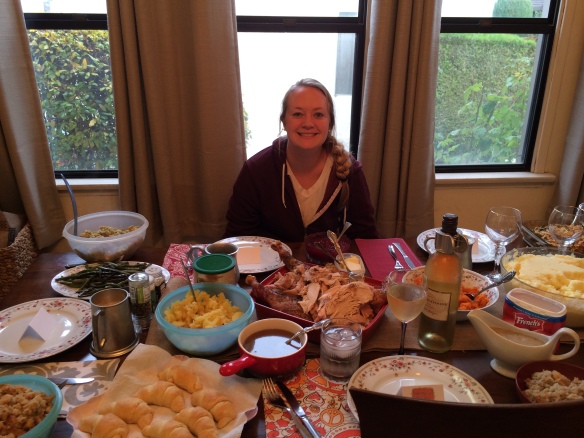 In the past few weeks we’ve also been able to make it down to Costa Mesa to visit with our friend Sachi, who moved to Orange County from Berlin, grab dinner with friends Alexis and Peter, catch a taping of the Jay Leno Show out in Burbank and I was able to have a girls’ day with Robyn, Katie and Kathleen checking out Kathleen’s cute, new apartment. Last weekend we saw Catching Fire with the family. And then just this week we trekked out to the LA Zoo with Maddie’s friend Sarah who is down in LA for a quick visit. 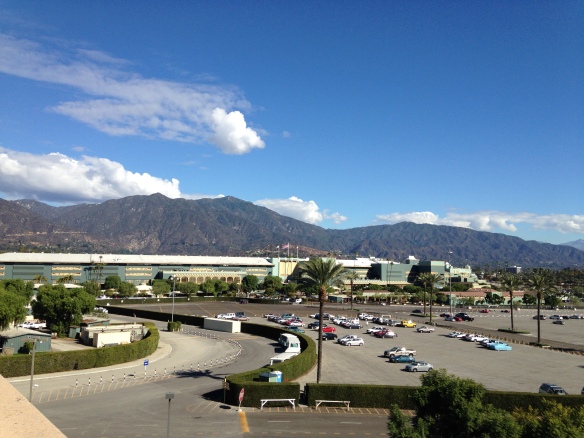 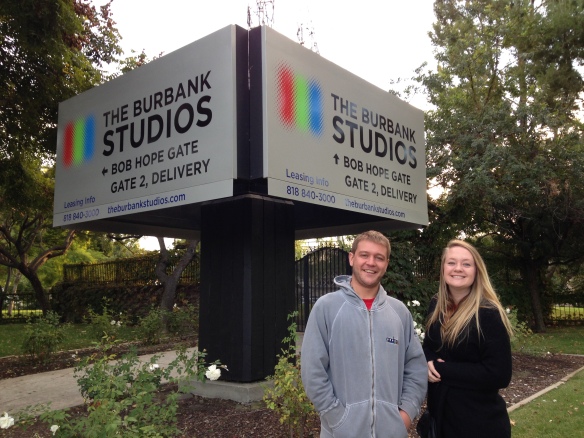 I guess looking back over the past month we’ve actually been able to keep pretty busy. It’s finally starting to cool down in California and we’re looking forward to getting a Christmas tree and pulling out all the decorations this weekend. We’re leaving for Maine in just about 10 days now so we have lots of Christmas gift crafting to do in the next week, plus job searching of course… Merry (early) Christmas to everyone and hope you have much to be thankful for this holiday season!