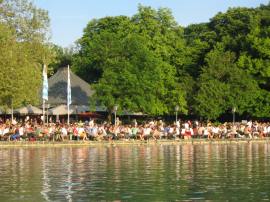 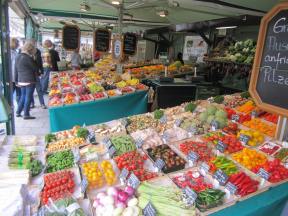 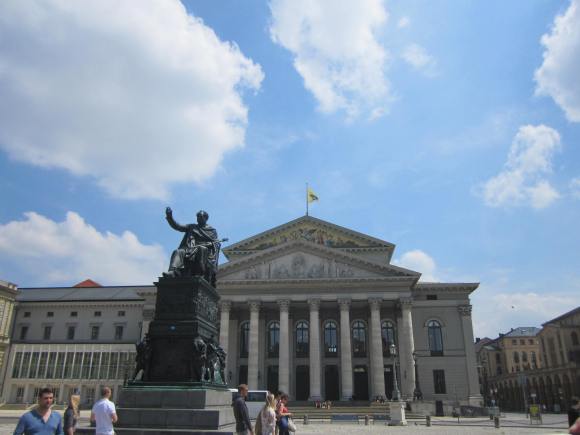 Transportation (to-from, in and around) & Accomodation

Germany is known for its rail system, but we often found buses to be more flexible and affordable means of transit. Many of our friends have had luck with Mitfahrgelegenheit, a ride sharing website, but I’m not the most flexible traveler and prefer a set schedule so we opted for the bus. There are a couple different bus companies to choose from. The bus line we’ve taken and had a good experience with is Berlinlinien. The bus takes between 7-9 hours depending on traffic and makes one 15 minute stop along the way for a bathroom break and the chance to buy some snacks.

The internal transportation system in Munich is easy to navigate and  reach from the central bus terminal. Like most cities they offer a variety of choices when it comes to ticket type. Munich is not a small city, but many of the  major tourist highlights are accessible by walking. We found that buying a day ticket made sense one of the days we were in town, but the other day we saved money by purchasing one-way rides just to get into the city and then back to our hotel.

We stayed at LetoMotel. It is located a little outside the city center, but prices in Munich are steep and we were willing to compromise a centrally located place for price. And the location wasn’t half bad. It was just adjacent to the S-Bahn (literally a three minute walk from Munich-Moosach). We were able to jump on the train and make it into town in about 15 minutes. LetoMotel itself was simple, but nice. The beds were comfortable and it was very quiet despite it’s proximity to public transit.

Biergartens:  Munich (or München if you want to practice your Deutsch) is the perfect destination for travelers looking for an “authentic German” experience. The citizens of Munich get decked out in liederhosen and dirndl to meet friends in one of the many local biergartens. Traditional German music often fills the air as patrons guzzle down liters of Augustiner and munch on Pretzels larger than your head. If can’t make it to town for the annual Oktoberfest you can still experience the magical, inclusive atmosphere any given summer weekend at one of the biergartens around the city. We visited four different biergartens while in the city:

Gardens #2 & #3 are located in the Englischen Garten and are also attached to restaurants, though when we visited in the summer all the outdoor kiosks were open and it didn’t seem like the indoor space was getting a lot of action. Augustiner probably had the best atmosphere. Many of the patrons were decked out in their finest German attire and the traditional music was blasting.The Biergarten Vikualienmarkt has a cool tradition in that they rotate their taps with different local beers. Based on the preferences of the locals some beers stay on tap for a short time and others are there until the tourists finish the kegs off. You can see the rotating beers on the glass in one of my photos at the top of the page.

Englischen Garten: The huge, central garden of Munich is filled with nooks and crannies and a multitude of things to get involved with. On the southern side of the garden, located beneath a bridge is surprisingly enough a surfing spot. Hordes of tourists watch as surfers patiently wait for their turn to ride the waves. Further along the path into the garden there is a second surfer haven set up for those looking to hang ten. Also located within the grounds are two large biergartens and a couple of different snack shacks/cafes. We spent a couple of Euros to take a rowboat out onto one of the garden’s lakes and we also spent some time watching a local cricket match. There are playgrounds for kids, walking and biking paths, a merry-go-round and some historical checkpoints also hidden throughout the area.We even caught the end of a cricket match. It’s a popular spot and people abound, but there are plenty of small alcoves and private corners to help you feel like you’ve gotten away from the hubbub of the city.

Walking Tour: To maximize our historical informational intake we decided to participate in one of New Europe’s Walking Tours. We’d done them before in cities around Europe and they’re usually a great way to cover a lot of ground (information-wise) in a short and economical period of time. The tours typically last about three hours and their guides work exclusively on tips. The tour of Munich starts at the famed Glockenspiel and then continues through the main squares of the city. Along the way you’ll learn about Munich’s history and gain insights into the city from some of her most enthusiastic expats and locals. You don’t actually cover that much ground, staying mainly in the center of the city. While the tour was interesting and informative, it was a little long. If you have a great guide than stay till the end because that’s when they finally get into the Beer Hall Pucht, Kristallnacht and some of the other more horrify, yet intriguing parts of Munich’s Nazi past.

Viktualienmarkt: A fun, fresh farmer’s market in the center of Munich. Markets in Germany are always fun to traverse for the variety of fresh foods and funky gifts. Viktualienmarkt seemed to specialize in woodland critters crafted out of hay, bark and other natural materials. We also visited a shop with a bunch of homemade beauty products fashioned out of honey and beeswax.

View from “Alter Peter”: To work off some of Munich’s delicious beer and to take in fantastic views of the city pay 2€ to trek up the tower of St. Peter’s Church.  The top level of the tower provides 360° views of Munich and a vantage point to witness the  Glockenspiel.

As you can probably tell most of our meals consisted of sausages and pretzels at various biergartens around the city, but we did visit a couple of places in our short time in town.

Café Guglhupf: If you want a big, traditional German breakfast Guglhupf is the perfect spot. They even offer a “Munich Breakfast” complete with a beer. The café has two levels of seating as well as an outdoor area. It was cozy, comfortable and the portions were generous.

Augustiner am Platzl: We stopped here for my birthday dinner Sunday night. Like all traditional German establishments you’ll find a plethora of hearty options. Meat and potatoes are never in short supply. I went with the traditional schnitzel and Dave opted for the seasonal favorite- weißer Spargel (white asparagus). Portions were huge and the price was as expected. Not a cheap night out, but nothing exorbitant.

Augustiner am Dom: We obviously couldn’t get enough of Augustiner while in Munich! We made one final stop here before catching the bus back to Berlin. The outdoor tables face the church Pope Benedict used to preach at. We had ½ liters of Augstiner Edelweisse, a beer only sold in Germany save for one request. It’s said it’s the favorite beer of Pope Benedict and he frequently had it shipped to the Vatican in Rome. And if it’s the pope’s favorite beer, it must be God’s too. Who is Augustiner to deny God his beer?