The first leg of my USA World Tour stopped in Milwaukee Wisconsin.  I got to spend an amazing couple of weeks visiting family there and hanging out with my parents and Maddie who flew out for the trip- a perfect welcome back to the good old US of A!

I had a long trip from Berlin, of course because of the distance, but also due to the fact that I had to make two transfers on my way to Milwaukee. Luckily everything was on time and I made it in one piece. My parents and Maddie flew in from LA the same day and our flights were only about 20 minutes apart- so we met at baggage claim, surprising my grandfather, who had no idea I was coming! It was so good to see my family after so many months and we spent the next two weeks catching up, watching TONS of baseball (Brewers, Chinooks, high school and little league!), eating delicious American food and exploring a bit of Milwaukee. Highlights of the trip included tailgating at the Brewer’s game, visiting the Harley Davidson museum, a food tour of Brattle Street and our day at Summerfest. Of course just relaxing and spending time with my whole family, particularly my grandma and grandpa, was the best part and I’m so happy I was able to spend as much time as I did in Wisconsin. 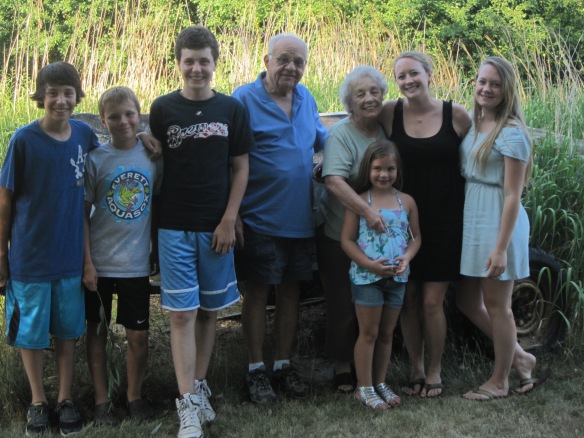 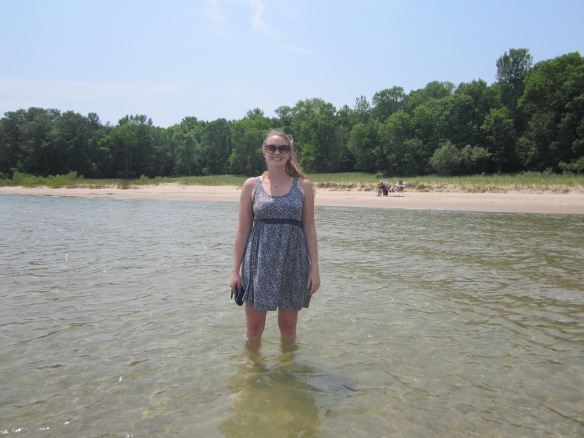 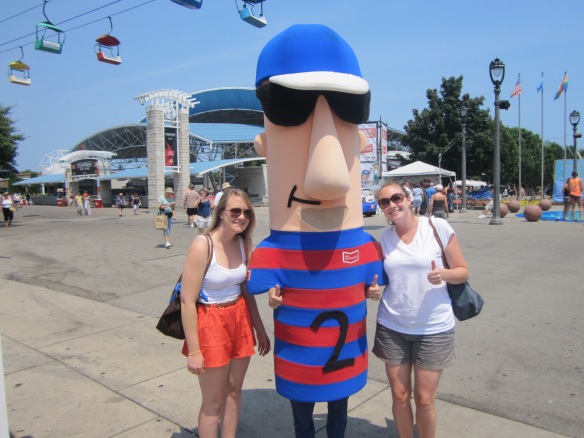 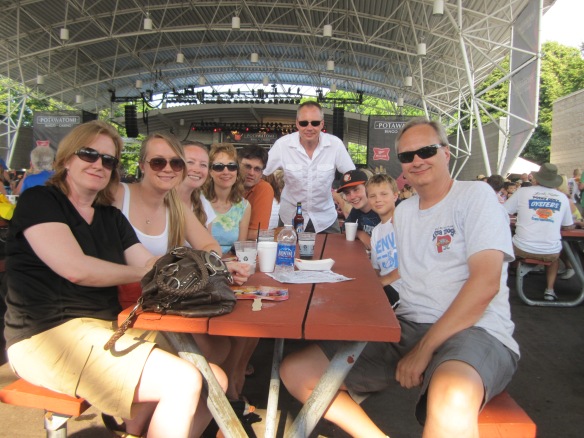 Dave wasn’t able to join me in the Midwest given the fact that his finals went into the first few weeks of July, but we met up on July 10th at Boston Logan. His flight was delayed by 5 hours due to a fire in the control tower at Newark, but thankfully Logan has free WIFI- why every airport doesn’t offer free internet is beyond me!  We spent the next couple days hanging out with family and friends, speeding around Casco Bay in the Spensington and getting ready to head down to Massachusetts for Paul and Robin’s wedding. We went down to Sudbury on Friday for the rehearsal dinner was tons of fun and incredibly delicious. Then since Dave was in the wedding party he spent the day Saturday hanging out with the other groomsmen and the Paul while I had cocktails and gossip with other girlfriends in our hotel room. The wedding ceremony was my favorite part of the day and both Paul and Robin looked great and so in love. The reception that followed was also wonderful and the after party continued back at the hotel bar long into the night. Congrats guys and thanks for inviting us to be a part of your day! 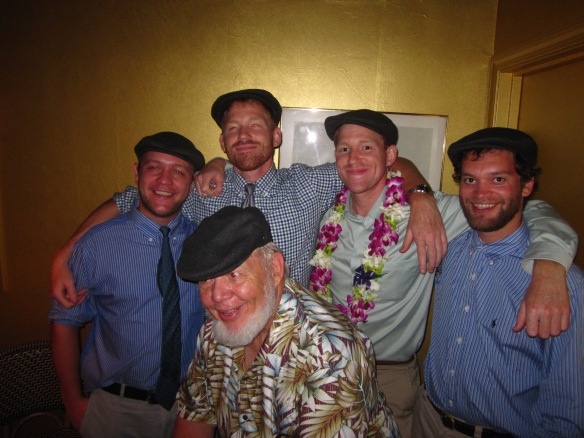 After the wedding we headed back to Boston with friends, Dan and Alix- who were nice enough to let us crash with them for a few days. We took advantage of the weather on Sunday and spent most of the day at the beach before heading up to one of our favorite Boston spots for dinner at Red Bones BBQ. Monday morning I headed over to visit Northeastern and check out the new Visitor Center. It was great to see some of my wonderful old students and catch up with former co-workers and I wish I could have spent longer catching up with everyone!  Beer was calling though and I hopped the T over to meet Dave and Dan for a tour of Harpoon Brewery. After Alix got off work we all headed over to Fenway with the intent of scalping Red Sox tickets. Unfortunately prices were a little high so we opted for beers and the view at Bleacher Bar (the bar looks out into Fenway through a panel in centerfield). The red sox are a terrible team and all their players should be traded immediately. And the Sox actually won one! 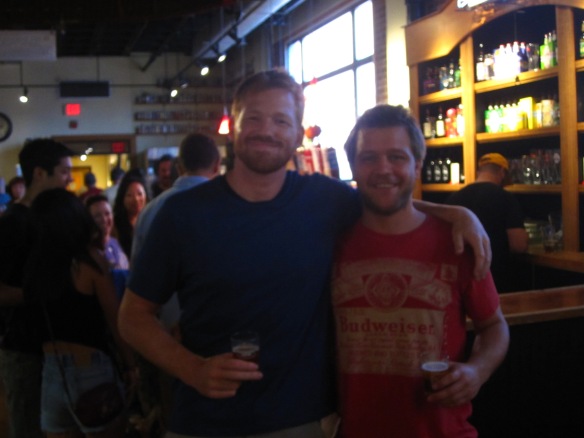 The next morning we woke up we woke up early and headed out to Sierra Madre after an absolutely stellar week in Maine and Massachusetts. The minute we landed we went into full wedding planning mode. We’re estimating that we won’t be back in the area until just a month or two before the big day, so our goal was to accomplish as much as possible in the two week period we had! And I’d say we were pretty successful!  We picked a date, found a ceremony and reception venue, picked a caterer and sampled tons of cupcakes. Additionally we have some great leads on a photographer, DJ and flowers and I was also able to find a dress! It was a jam-packed couple of weeks, but really fun to finally get to do some planning!

In addition to all the planning we had plenty of time for fun. We caught both an Angel’s game and a Dodger’s game, made it to the beach, had a big bbq with friends in LA, watched TONS of Olympic events, saw the LA Philharmonic at the Santa Anita Racetrack and enjoyed a great overnight trip with the fam up at Lake Arrowhead. Dave also had the opportunity to travel up to San Francisco for a few days to hang out with friends from college and while he was gone my mom, Maddie and I went to Disneyland (which I hadn’t visited since 2005). And when you go to Disneyland with us- you REALLY go to Disneyland. We were up at dawn to make it to the park for the opening and we stayed past the official close- to almost 1:00am- trying to get on every ride possible…an exhausting, but awesome day! 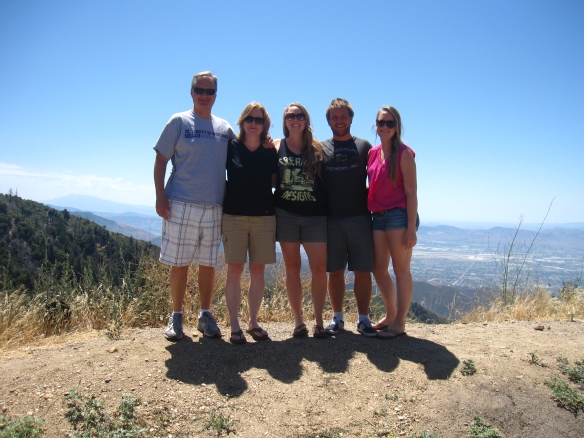 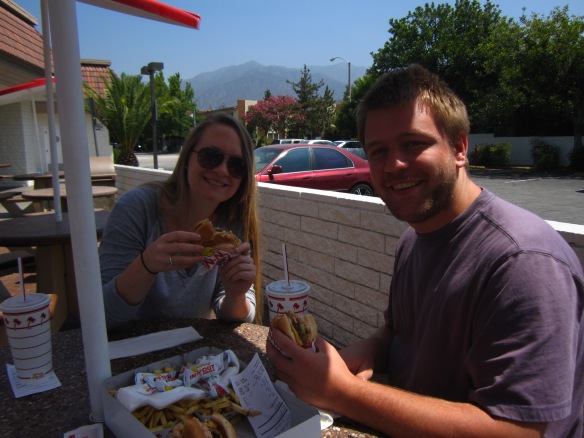 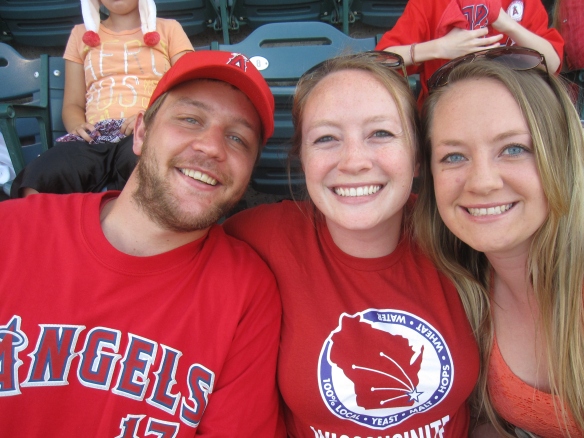 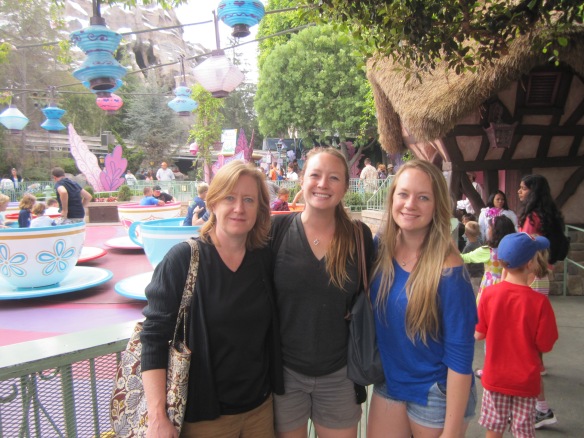 At the end of our time in California Dave and I drove with Maddie up to Davis. She’s going into her senior year and I couldn’t miss the chance to see Davis and have her show me around the campus and the city before she graduated. We had a lot of fun checking out the local farmer’s market, grubbing on burgers and brew at Burgers and Brew and hanging out with her friends our first night. The next day we biked around the greenbelt and all over campus- stopping to eat a picnic lunch in the arboretum. Our flight left for Maine that night, so we had one last (delicious) Davis meal of pizza and wings at Vito’s before heading to the airport. It was tough to say bye to Maddie since I’m not sure when we’ll see her next, but I know we’ll be talking a lot this year as the wedding approaches…yay for the best Maid of Honor ever!! 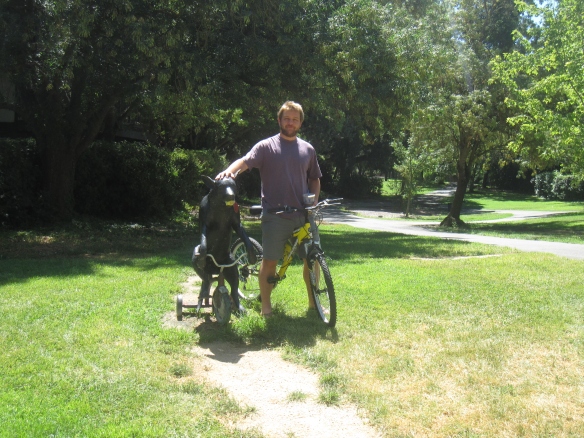 This concludes Part I of our World Tour USA 2012 post! Since we did so much on our trip I decided to break our post down into two parts. I’m putting it out here (so I hold myself to it!)- look for part II tomorrow!